Over the last 40 years, Barossa Enterprises has grown to become the largest employer of people with disability in regional South Australia, supporting over 100 people in the Barossa and Clare Valleys. They also provide community support through Barossa Community Options where they help people build their independence, become more active in the community and widen their social circles.‍ 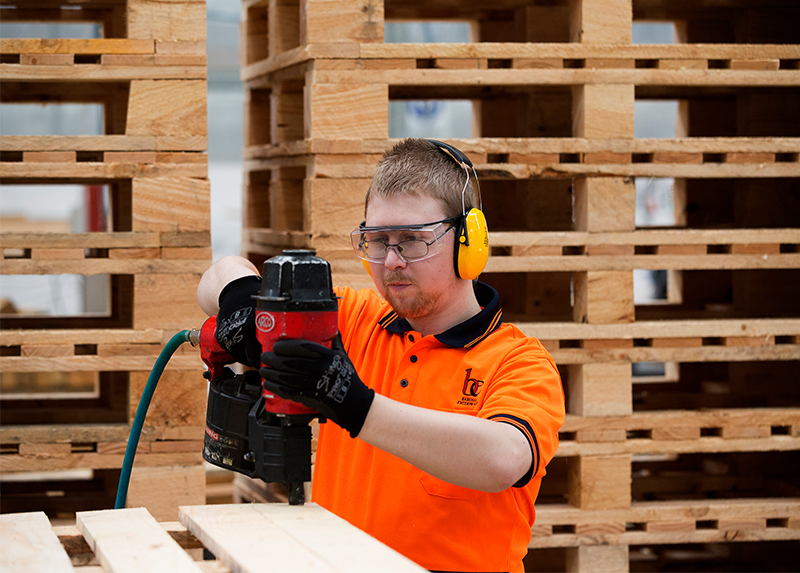 As the community division of Barossa Enterprises, Barossa Community Options oversees the management of a number of their partners’ NDIS plans. Because of the size of the NDIS scheme and the many layers of oversight involved in managing it, there is considerable complexity in reporting, budgeting, observing certain accounting provisions and adhering to important statutory requirements – with one major requirement being a monthly report.

In meeting these obligations, the CEO of Barossa Enterprises, Garry Velt, found himself administrating a multi-column, multi-page and multi-workbook spreadsheet to ensure his organisation remained NDIS-compliant and effectively managed the funding of their clients.

“A lot of the administration and data input relied on human control – that was me,” explains Garry. “The issue was that it was getting to a point where we needed to simplify it so that I could hand it over to someone else.”

THE SOLUTION - A Power App to take care of it all

Sope was Barossa Enterprises' existing Microsoft 365 & SharePoint administrator so it seemed like a natural progression for Garry to reach out and see what they could do: "It was a natural evolution in the relationship to be able to engage them to help us, not only develop this, but to integrate it into our SharePoint platform.”

Sope's solution? The creation of a Power App, which Garry and his team have christened Barossa Enterprises’ Plan Management App.

In close consultation with Barossa Enterprises, the Plan Management App was developed to automate manual functions and generate the monthly NDIS report. Through automation, the integrity of the data remains intact, and the time taken to produce the final report has been significantly reduced. “I’m comfortable saying that the app has reduced the time it takes to complete this report by at least 50 percent.”

“Essentially, how it works is that we pay invoices on behalf of the providers," confirms Garry. "Their invoices get emailed to us, we make sure they’re all within the scope of a partner’s plan, we pay them and then we get reimbursed by the NDIS.”

“What the app's allowed us to do is manage people’s NDIS budgets more effectively,” he continues. “We can get a clear snapshot at any given time; we can report on their monthly spend and we can draw down funds. We’re able to do these three key functions in a couple of simple transactions, whereas before there was quite a number of steps."

“The Power App reports to customers on their NDIS plan balances as we enter payments into the system and it also creates a .CSV spreadsheet that is part of the API upload into NDIS so we can get reimbursed automatically. It’s enabled us to minimise the human input that we’d have to put into it and now it’s just a simple process to – as we capture the data that we administer – report on it at the end of the month.”

"Nine out of 10 times, when you’re dealing with IT, you have to pretty much build it yourself in your head, or at least on paper," admits Garry. "But there was intuitiveness in Sope's approach, which was great. The spreadsheets we had were quite robust and you could see how it would lay out in a database. Sope was able to take that and wrap it up into a three-dimensional database, rather than a two-dimensional spreadsheet.”

THE RESULT - Complexity miraculously made simple

While the Plan Management App is only used by two people to manage 90 NDIS participants, Garry believes the entire organisation is very happy with the reporting function and how everything's being managed with the app.

Additionally, the automation of various processes has enabled a number of welcome productivity improvements for Barossa Enterprises. For example, Garry can now devote more time, focus and energy into growing the organisation. It’s also facilitated the organisation in switching to a more customer-driven, rather than staff-driven, approach.

“The Plan Management app’s allowed me to hire a staff member,” says Garry. “They’re comfortably undertaking what was a pretty complex role turned into a simple one. We're now able to apply it in other regions.”

Need help with a project?

Get in touch today!

We can help you with your Microsoft 365 project. Take a look at our services.